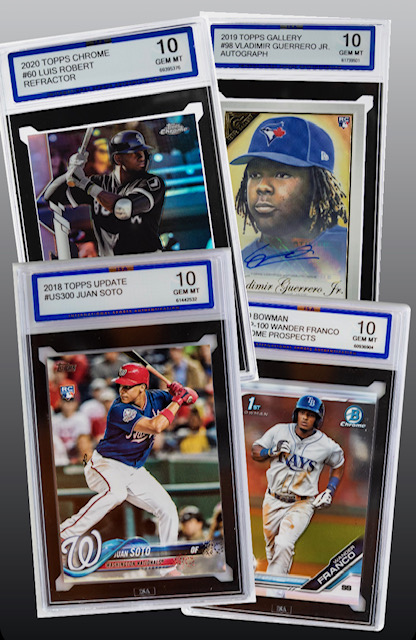 “Buy low and sell high!” This old, simple saying used to describe playing the stock market also rings true for those wishing to make money either investing in or flipping cards in the collecting hobby. Buy “raw” or ungraded cards at a low price. Get them professionally graded, hopefully as a Mint 9 or a Gem Mint 10. Sell cards for a profit. Rinse and repeat. It seems simple enough, but what else should you consider when trying to maximize your collecting budget? How will the current MLB lockout affect the collecting hobby? Let’s look at how the right timing can make a big impact.

Cards from each of the four major sports all go through their own ups and downs throughout a calendar year. Typically, whenever a sport has their off-season, cards of that sport can have an off-season of their own in terms of volume of sales and prices realized. Is your favorite baseball team already out of the playoff hunt, but preseason football is starting? In such a case, collectors may focus less on their baseball card chasing and collecting to focus more on football cards. The Super Bowl is over, but your favorite hockey team is getting hot? Time to put away the pigskin cards and start going after the “Young Guns.” One of the exceptions here may be a sport’s current season champion. Often, cards form a winning team take longer to cool off, if ever.

From a player and team collector standpoint, this idea can be used to great advantage. Quite often, single cards and even entire sets decline in value over the course of a season. It is unfortunate to see collectors who purchased cases of the newest, hottest products on their release dates, for more than the Manufacturer’s Suggested Retail Price (MSRP), only to watch prices drop considerably just a few weeks or a month later. Unless you are chasing a super-hot rookie or some other card expected to be the high dollar ”it” card of the set, it is often prudent to wait and let the product’s pricing cool off. A prime example: usually, interest in and pricing of Topps Allen & Ginter drops by the time Topps Triple Threads comes out. The period from November to January has always been the best and busiest time to add tons of cards to baseball player collections.

Another thing to consider are the free agent players who change teams in the offseason. There are already a lot of cards of Max Scherzer, Corey Seager, Javier Baez, and Marcus Semien pictured with their former teams from 2021 dropping in price. Conversely, the first cards of these players pictured with their new teams may be some of the hottest and most sought-after cards early next season.

Speaking of next season, how will the lockout impact the card market?

A little historical context may be helpful, here. The last memorable, labor-disputed work stoppage in Major League Baseball was the shortened season and lost World Series of 1994. A lot of baseball fans and analysts will say that it took four years and the controversial home run race of 1998 to return baseball to its pre-1994 popularity. Even today, some folks say they will never watch baseball again because of the strike. In many ways, collectors feel that the hobby took even longer to bounce back to the same level of popularity it enjoyed in the early 1990s. At this point, those with any experience in the industry are wise to take a “don’t panic, wait and see” attitude. There is still plenty of time for the players and owners to agree to a new Collective Bargaining Agreement (CBA) without any impact to Spring Training and the scheduled start of the 2022 season. It is doubtful that Topps will allow the lockout to delay their product release schedule. The biggest reason not to be concerned yet is the fact that players and owners alike recall the loss of fans, revenue, and overall popularity the last time a lengthy work stoppage happened. There is no incentive in enduring a prolonged lockout - hopefully the owners will not want to risk unnecessary lost earnings, players will not want to alienate their fans, and everyone will remember that ultimately, the fans pay their salaries. This is especially true with the MLB still recovering from the many changes and greatly shortened 2020 season stemming from the pandemic.

What can the hobby expect if, the baseball gods forbid, the lockout does delay Spring Training and the start of next season? Unquestionably, the highly touted rookies and years of service metric will be affected. This could dampen some of their hype and value of their cards. Topps could adjust their release schedules, or in the very least delay the first cards of players with their new teams. With little time left before Topps loses their MLB and MLBPA licenses however, it is possible they jam-pack their release schedule with as many products as they can. If the lockout eats up most of or the entire season, the collecting hobby may contract a bit on all sides, but keep in mind: contracting is not collapsing. There is a silver lining to a such a scenario; with possibly less popularity and fans in general, collectors and investors alike will have more opportunity and availability to buy cards at lower prices. Then, when the boys of summer eventually return, so too does the ability to sell high!
No items found. 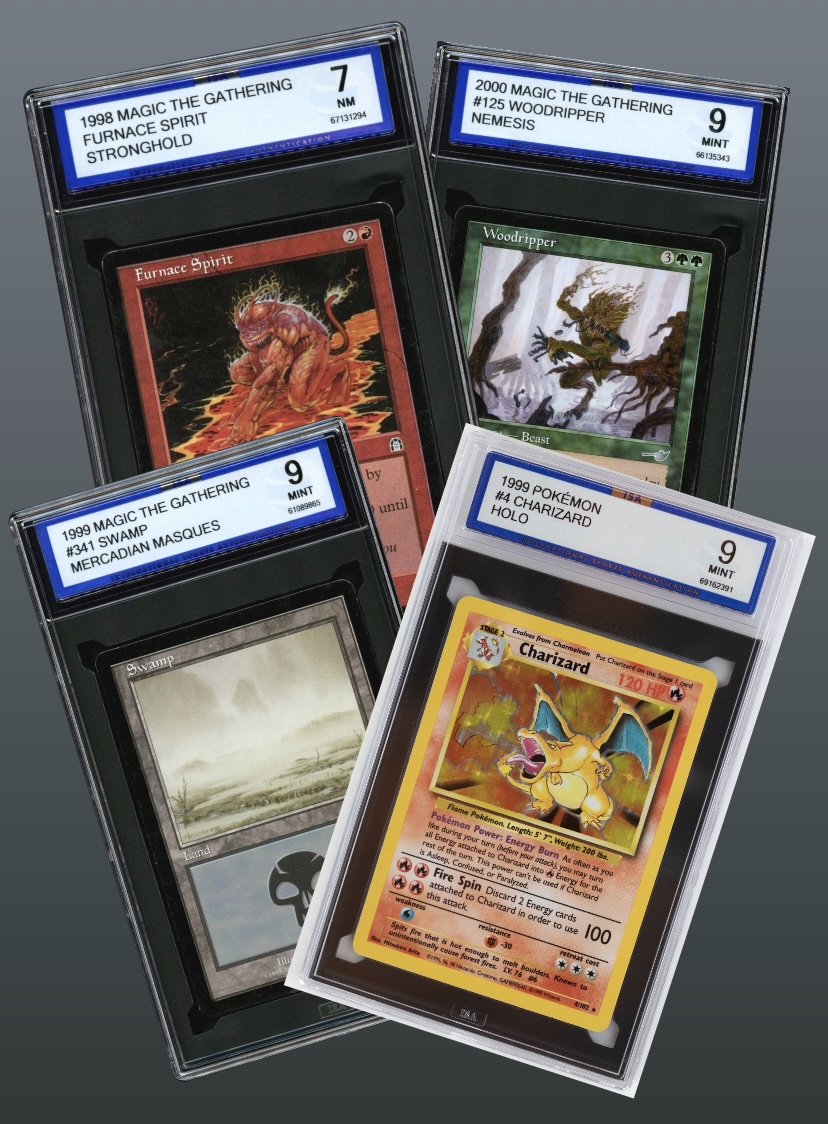 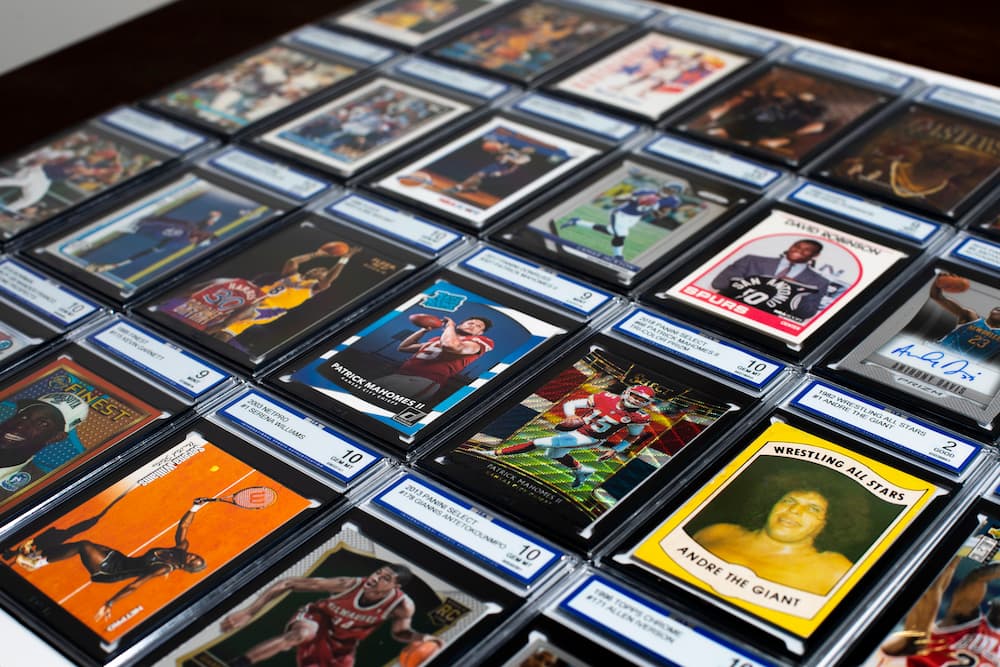 Bike Spokes and Shoeboxes (or What We Used to Do with Our Cards Before We Knew Better)
view all
subscribe to our newsletter
Share with us your email to get the latest news about the cards
Thank you! Your submission has been received!
Oops! Something went wrong while submitting the form.
Follow us on social

questions@isagrading.com
9864 EAST GRAND RIVER
STE 110-149
BRIGHTON, MI 48116
Follow us on social
subscribe to newsletter
Sign up today for exclusive offers and information available only to members!
Thank you! Your submission has been received!
Oops! Something went wrong while submitting the form.
take action
Submission Form Cert Verification
resources
Blog FAQ
about
About ISA Grading Scale Reviews